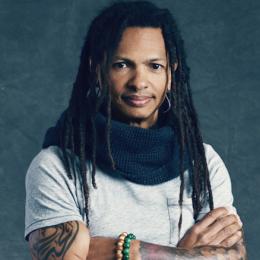 "Diversity imparts strength and resilience. That's an underlying principle of evolution — and it's equally true of the group of people who study science. A wealth of research demonstrates that having diverse people involved in STEM fields produces better results. But the latest data from the National Science Foundation shows that people of color are still underrepresented in science and engineering — as are women and people living with disabilities.

Advocates for diversity in STEM have a saying: You can't be what you can't see. We need to do a better job of celebrating the accomplishments of underrepresented scientists, so that the next generation can more easily imagine themselves joining the ranks of the scientific community.

To close out Black History Month, we wanted to take a moment to highlight just a few of the many incredible black scientists we've featured so far on the show. Their bios are below, along with links to the episodes they appear in.

On Short Wave we strive to make the diversity of our guests reflect the diversity of our audience. If there's a scientist from an underrepresented group that you know of who's doing awesome science and you think we should feature them in an episode, drop us a line at PG4gdWVycz0iem52eWdiOmZ1YmVnam5pckBhY2UuYmV0Ij5mdWJlZ2puaXJAYWNlLmJldDwvbj4=. "

Episode: Space Junk: How Cluttered Is The Final Frontier?

Moriba Jah is a leader in the field of space traffic management — people who work to coordinate the movement of all the satellites, spent rocket bodies, debris, and other objects in space. He is an associate professor of aerospace engineering at the University of Texas at Austin, where he also leads the ASTRIA astronautics research program. He was a 2019 TED Fellow and is a veteran of the U.S. Air Force.