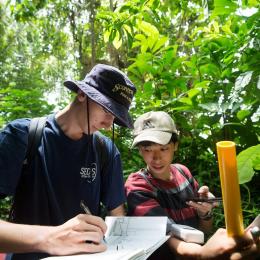 "Human space exploration helps to address important questions about unknown aspects of the universe and the ability to sustain life on other planets.

At the University of Arizona’s Biosphere 2, the next generation of explorers are being trained to help answer these questions and they’ve been tasked with an important mission — to design Biosphere 3, a facility that could theoretically be built on Mars.

Space Camp at Biosphere 2, which is north of Tucson, is a new collaboration between the UA and Kyoto University in Japan to help students comprehend the importance of human expansion into space by conducting experiments and astronomy work in an enclosed ecological systems facility.

The camp, which ended Saturday, Aug. 10, brought five undergraduate students from Kyoto University and five from colleges across Arizona for a six-day course on space exploration. The students worked in Biosphere 2’s rainforest, ocean and desert biomes where they learned how each of these natural ecosystems could be translated for use by humans in space.

'It’s a really unique opportunity because we bring Japanese students as well as students from Arizona together at this remarkable facility that we have here in Southern Arizona, which is Biosphere 2,' said deputy director John Adams. 'Its early history was founded in the idea of a structure like this and systems like this potentially being built and developed on the moon or Mars.' 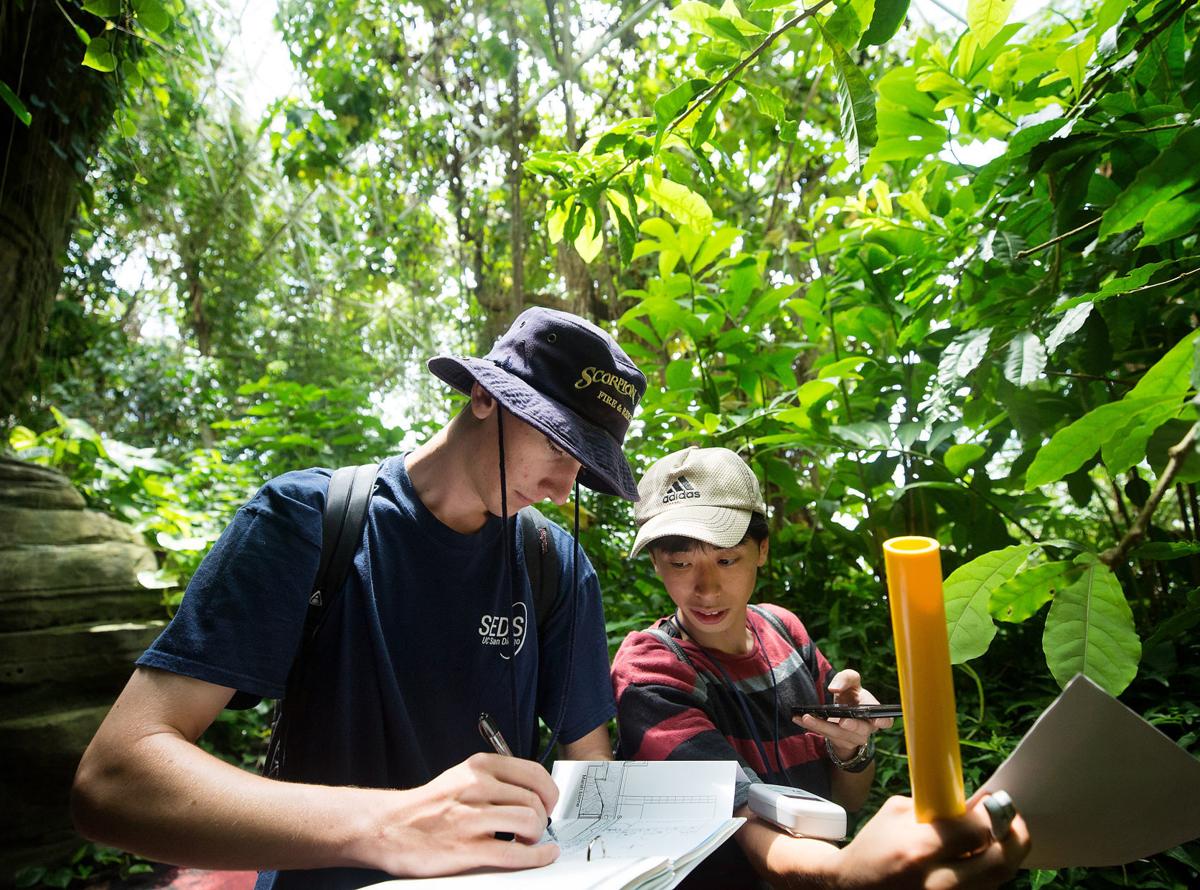 Daniel McConville and Hiroaki Sato take notes while inside the tropical rain forest at Biosphere 2. Five undergraduate students from Kyoto University in Japan, and five from colleges across Arizona are visiting Biosphere 2 for Space Camp.

During the camp, students were tasked with simulating a mission to Mars and designing a new biosphere for the surface of the planet. The students also attended several lectures and had the opportunity to interact with three astronauts who have first-hand experience in space.

'This program was designed based on experiences from astronauts,' said Yosuke Yamashiki, a professor and vice chairman of the Unit of Synergetic Studies for Space at Kyoto University. 'Like astronauts, all of these students have to believe that they are in space and accomplish each mission in a very short time.'

For the past three years, Kyoto University ran this camp from Japan, but brought the idea to the UA in hopes of expanding the program. After securing funding from the Japan Aerospace Exploration Agency, they were able to partner with Biosphere 2 for this all-expenses-paid opportunity for the students. The funding for the camp will extend through 2021.

'I’m so happy to be here,' said Ami Hashimoto, a junior studying agriculture at Kyoto University. 'I’ve had opportunities to meet and communicate with such smart people and meet astronauts from JAXA and NASA. It’s such a great experience.' 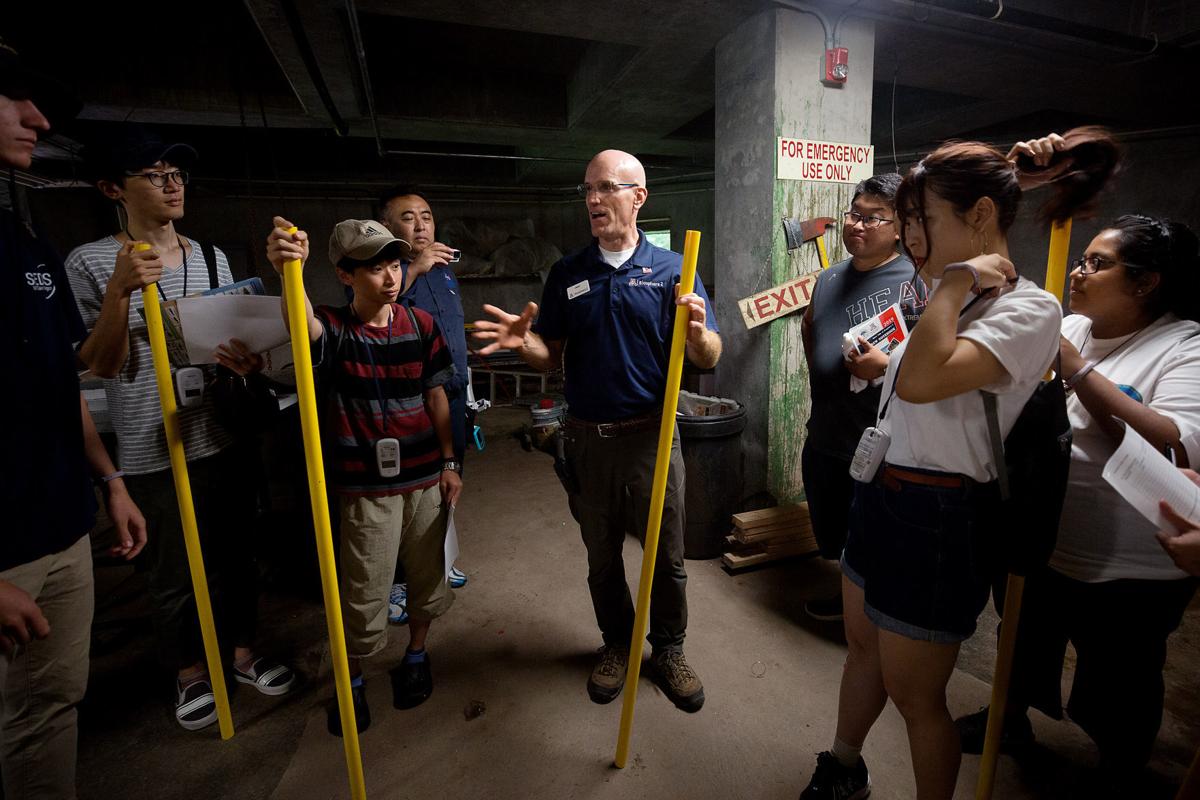 During the six-day camp, students were tasked with simulating a mission to Mars and designing a new biosphere for the surface of the planet.

With a background in agriculture, Hashimoto hopes this camp will help prepare her for a future in food supply and answer questions about how to grow food on other planets.

Students involved in this year’s space camp also come from a variety of fields, and this diversity was a crucial part of the program. Historically, people involved in space missions had to have a background in astronomy or aerospace, but according to Adams and Yamashiki, this is changing.

'This mixing of engineering, agriculture and health sciences is very unique,' Yamashiki said. 'In future missions, we have to be able to connect people from different fields and attract them to space exploration. It’s important to understand how all science-related fields can contribute to this mission.'

With a variety of fields being represented, each student was able to contribute to the mission based on their individual expertise. For example, students with a background in medicine and biology were well-equipped to study how the atmosphere on Mars or space radiation might impact the human body.

'We wanted the students to have different areas of expertise and the hope is that you bring them together and it creates a very diverse team that can solve a number of different challenges and problems that they’re faced with,' Adams said. 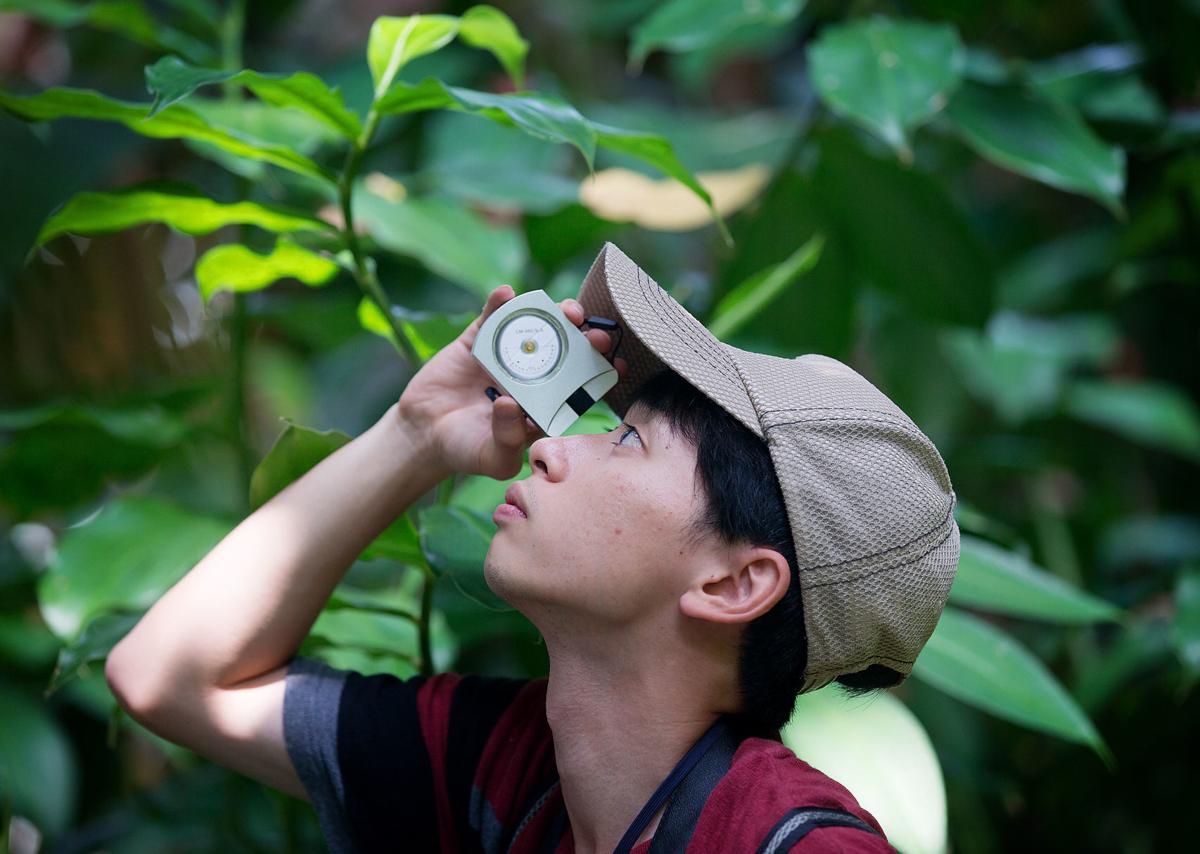 Hiroaki Sato takes a measurement inside the tropical rain forest at Biosphere 2.

For Daniel McConville, a UA sophomore and material science and engineering major, Space Camp is an opportunity to train for his future.

'The ultimate goal for me is to become an astronaut,' he said. 'It’s my dream to be a part of building a base on the moon or Mars and this training is similar, in a sense, to astronaut training wherein astronauts would have to manage some of the tasks that we’re doing here on another planet, create a new biosphere and help create life elsewhere.'

JAXA astronaut Kimiya Yui served as flight engineer on two expeditions to the International Space Station in 2015 and lived there for a total of six months. As one of the astronauts who was invited to speak during Space Camp, Yui wanted to help students understand the importance of collaboration and what the world can gain from embracing differences. Overall, the camp served as an opportunity for students to not only practice their own skills, but to learn from each other as they worked on a mission that was beyond this world.

'If we can cooperate with each other and benefit from each person’s individual strengths, we can make our future brighter,' Yui said. 'For each individual person, it’s a small step, but it will lead to a giant leap for humankind.' 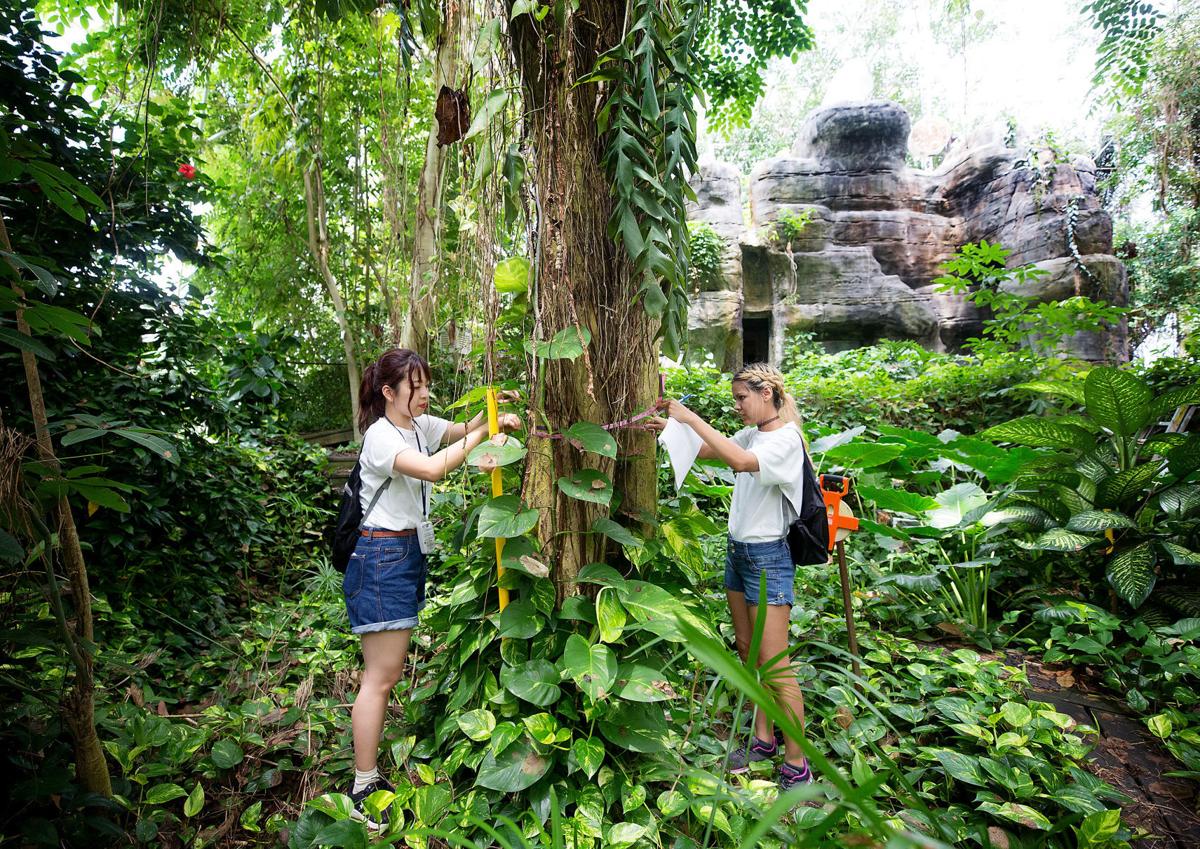 Ami Hashimoto and Anastasia Martinez measure the diameter of one of the trees inside the tropical rain forest at Biosphere 2.