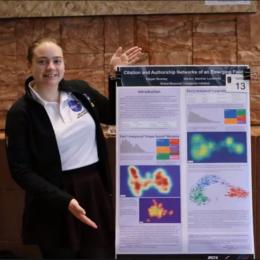 An article in The State Press covers the ASU/NASA Space Grant Postser Session on Feb. 15, 2019, discussing students' experiences in the Space Grant Program, as well as their current research.

" While the excitement and mystery of exploring outer space has attracted many ASU students to scientific research, the work of these student researchers has also attracted the attention of NASA.

Nicholas Silva, a senior studying chemical engineering, is one of the dozens of students involved in the ASU/NASA Space Grant Program, which funds research projects at the University. Silva has been working on a research project that aims to develop a membrane capable of capturing and removing carbon dioxide from the environment.  The technology can be used in fighting global climate change by protecting the atmosphere from carbon dioxide emissions. It could also be used for spacecrafts and carbon dioxide removal from the air during human space flight.

'The space grant program has helped me with gaining career skills and networking with other students and faculty,' Silva said. 'I am thankful for the mentorship I received from the NASA Space Grant program team and my laboratory.'

Currently, there are 39 undergraduate students and three graduate students at ASU who participate in the program. Their projects come from a variety of scientific disciplines including astrophysics, chemical engineering, and microbiology.

The students, who highlighted their projects at a poster session on Wednesday, described the direct impact the program had in shaping their careers.

'NASA started the program in 1988 in order to reach out to universities across the country and also to find future scientists and engineers,' said Desiree Crawl, the senior coordinator of the ASU/NASA Space Grant Program. Due to the longstanding history of space-related research at the University, ASU was one of the first universities to begin the space grant program. The program's student research is primarily supported by receiving NASA funding.

'The funding is used to enhance student education by involving them in NASA related research,' said Thomas Sharp, a professor in the School of Earth and Space Exploration and director of the ASU/NASA Space Grant Program. The program funds research projects already taking place at ASU. In some cases, the laboratories provide additional funding for their students' projects. Students apply to be a part of the program and receive funding through a competitive process that involves proving their research is relevant to NASA. Students receive mentorship from program leaders while working in the laboratories. They also learn additional skills from the program, such as how to make and present a scientific poster.

The program also includes funding for collaborative efforts with students from other universities.

Edwin Hajric, an ASU junior majoring in the School of Earth and Space Exploration with a concentration in exploration systems design, is working on NASA's ASCEND project as part of the grant program.  Sharp acts as the mentor for the project, but it is ultimately student-run, he said. The project is highly collaborative and involves students at local community colleges, UA and ASU. Hajric's work focuses on launching payloads into space near the earth's atmosphere using high-altitude ballooning. 'The payloads could potentially perform experiments, gather atmospheric data, and capture video while in space,' he said, adding that the ultimate goal is to use the research and technology to inform space missions.

The space grant program is not only for technology-based projects. Several students in the program focus on biology and living systems.

Taylor Walton, an ASU junior studying biochemistry, is one of these students.  Walton's research focuses on understanding bacteria that are able to live in highly alkaline environments, referring to the low acidity of the environment.  The research aims to improve our understanding of bacterial life in general, but could also be applied to space because these types of environments are found in places like Europa, one of Jupiter's moons that researchers believe has potential to support life.

The program has provided invaluable experience for the students involved, students said, as they have gained a great network with one another and their mentors. For many, the program has also impacted their future career paths, they said.

Walton described participating in the space grant program as being 'revolutionary in developing my career path.'  Through her research work in the program, she said she was able to discover her passions and solidify her long-term goals. She said she plans to pursue a career in academia and continue this type of research after graduation. " 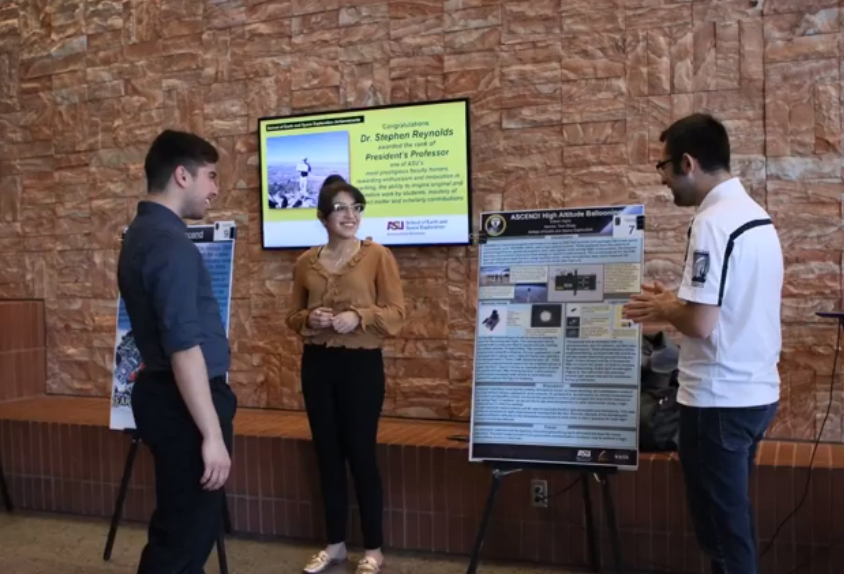 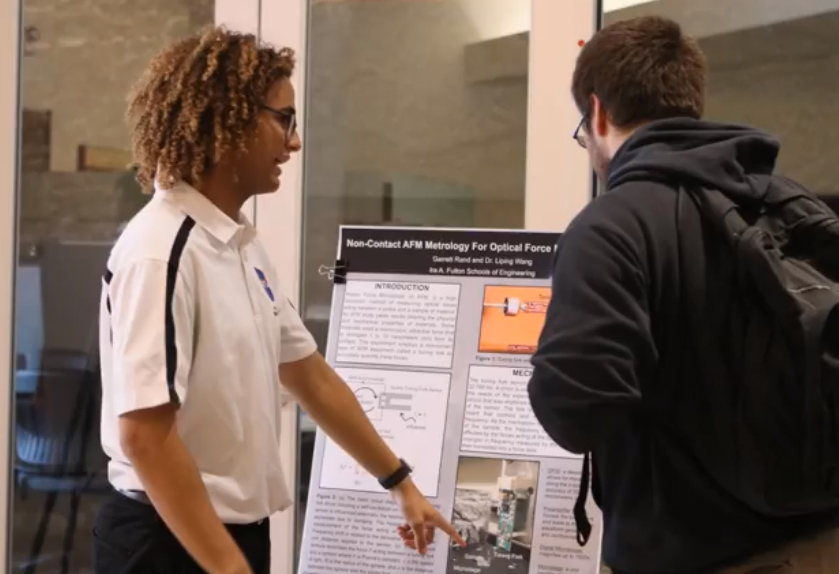 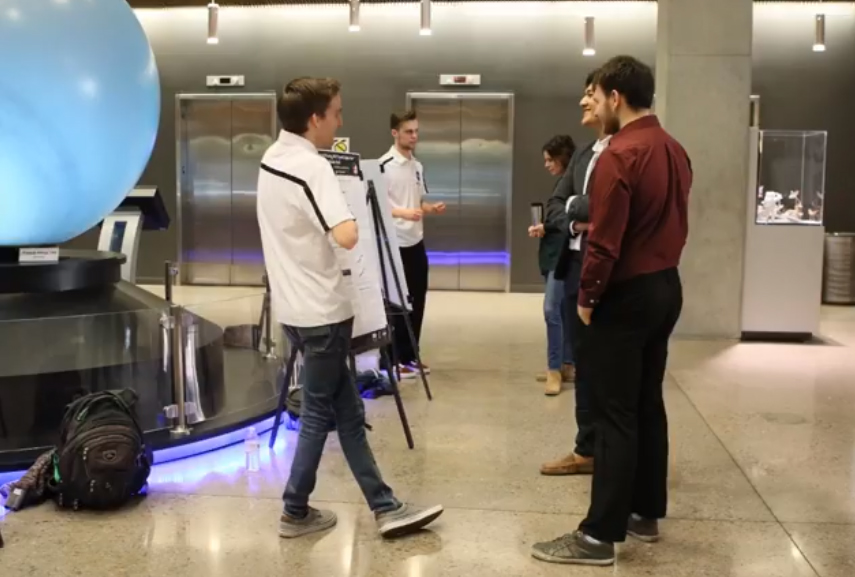